Everything is available in Gladys Assistant v4.7 🥳

We now have a native way of displaying charts on the dashboard, entirely automatically and without having to setup a third-party database like InfluxDB. 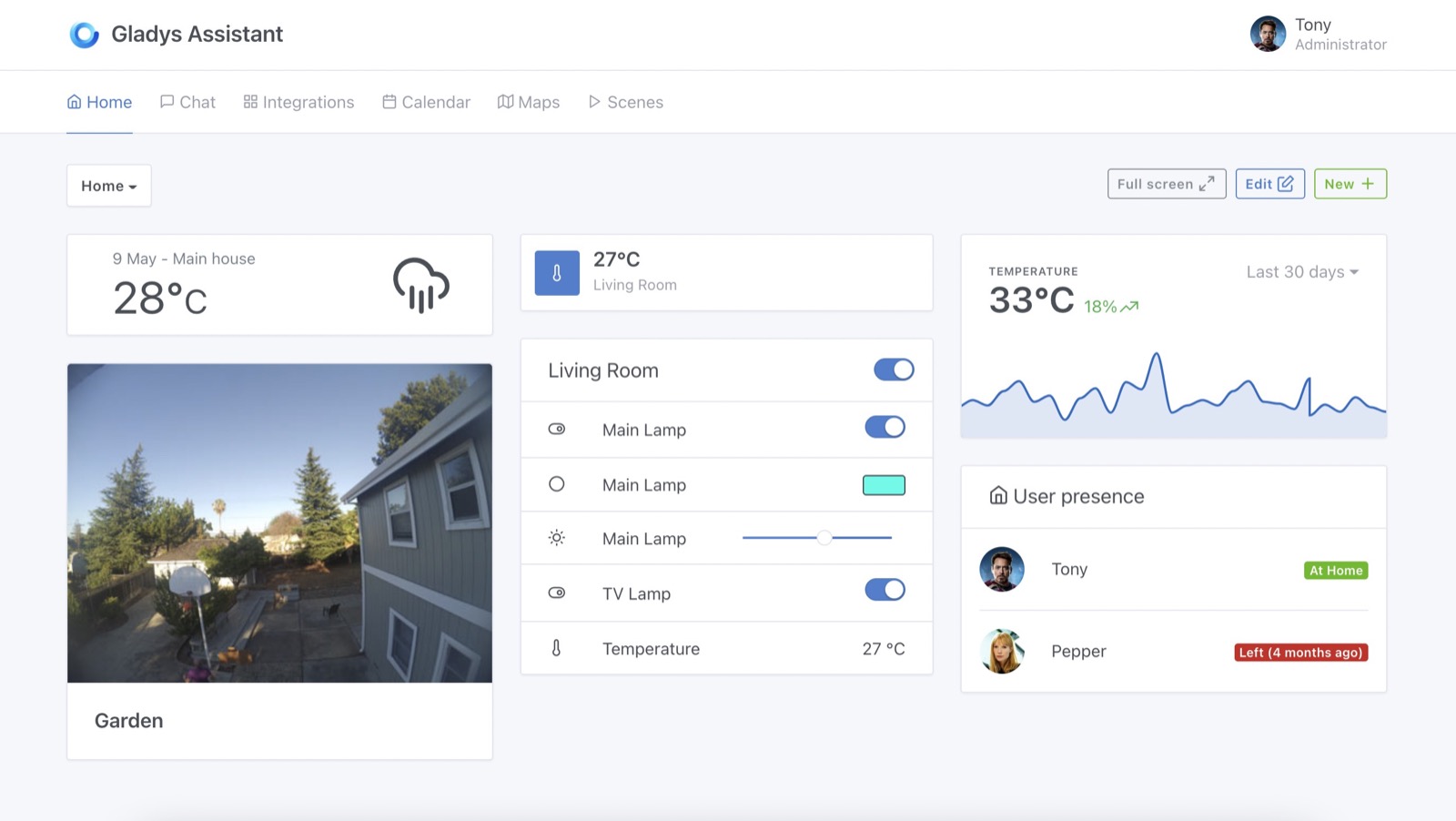 To do this, Gladys is now aggregating all device data with 3 different levels of granulatity:

When displaying a chart on the dashboard, Gladys will use one of the 3 sets of aggregated data to display the chart as fast as possible.

Our goal is to stay under 100ms request time no matter the amount of data your sensor is saving.

To read more about how to setup this feature, you can read the documentation.

When releasing Zigbee2mqtt compatibility this year, we took a very prudent approach:

Each device needed to be classified manually by a developer before being able to be used in Gladys.

This approach was safer to start, because it allowed us to better integrate each device, understand a wide range of Zigbee peripherals and adapt Gladys for those devices.

But after some time, it became very repetitive to write one PR for each new Zigbee device, so we took another approach:

Thanks to Alexandre Trovato #1302 Pull Request, we are now able to parse the data sent by Zigbee2mqtt to automatically map those devices to Gladys capabilities.

It means that all Zigbee2mqtt compatible devices are now compatible with Gladys, natively!

In Tasmota integration, be able to change a switch to a light​

It was a common feedback, some users plug a light on a switch, and therefore they want those switches to be considered as light in Gladys.

For example, if I say "Turn on the light in the living room", it should turn on those switches as well.

It's now possible to change a switch to a light in the Tasmota integration.

Some device send a value for the temperature of their CPU.

Now, there is a separate "Device temperature" category to let you classify those CPU temperature clearly, without affecting the "Room temperature" feature in Gladys.

If you installed Gladys with the official Raspberry Pi OS image, your instance will update automatically in the coming hours. It can take up to 24 hours, don't panic.

If you installed Gladys with Docker, make sure you are using Watchtower. See the documentation.

With Watchtower, Gladys will update automatically.

Thanks to everyone who contributed to this release and gave their feedback on the forum!

If you want to talk about this release, you're all welcome on the forum !